Ukrainian Refugees Coming to the U.S

Ukrainian Refugees Coming to the U.S

Ukrainian Refugees Coming to the U.S. As one would expect to is the case in any country where there is war within. Many of its citizens try to flee the country to escape injuries, death, and other maladies that come with war. Ukraine is no exception, and those fleeing that country are finding their way to the U.S to find refuge.

The United States opened its doors to welcome up to 100,000 Ukrainians fleeing that country following the invasion by Russia. If you are a Ukrainian refugee, seek help from an asylum lawyer in the Austin area right away. 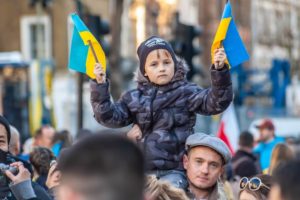 Following Joe Biden’s announcement in March for the US to allow refugees from Ukraine, the government announced on April 21, 2022, a key step toward fulfilling this commitment. This is a program called United for Ukraine, which provides a pathway for Ukrainian citizens and their immediate family members who are outside the United States to come to the United States.

The supporter must file a Form I-134 Declaration of Financial Support with the United States Citizenship and Immigration Services (USCIS). Once the agency vets a situation and is satisfied the supporter has the means to financially support the person being sponsored, then that person will be processed for appropriate travel documents to enter the US by the United for Ukraine program. 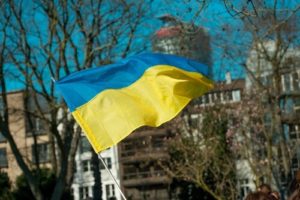 Ukrainian Parole into the United States

After a person fleeing Ukraine is paroled into the U.S., they are eligible to apply for employment authorization with USCIS. However, the grant of EAD is not automatic as the agency is given the discretion to approve or deny an application for EAD for paroled individuals.

If the paroled person is given an EAD, then it is prudent to apply for a Social Security Number. Obtaining an SSN is routine for those who have been approved for EAD. So, it is just a matter of submitting the required information. This can be done by simply checking the box for SSN application in the application for EAD. If that box is checked, USCIS will automatically transmit that information to the Social Security Administration (SSA). The SSA will then issue the SSN and mail the card to the beneficiary.